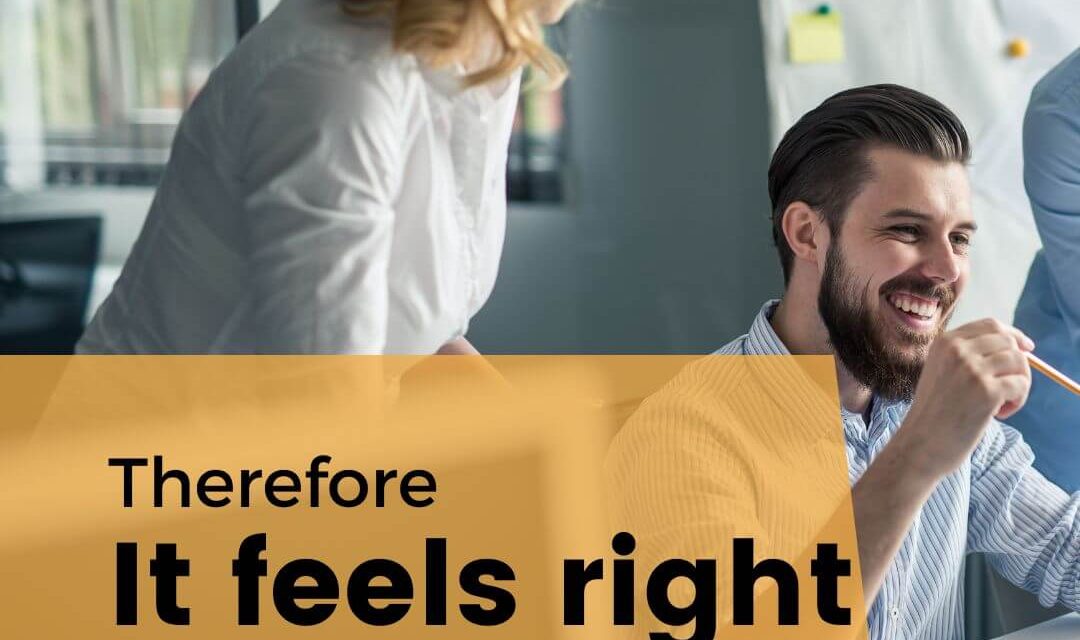 “I have without a doubt chosen the right candidate.” That thought has probably roamed many leaders in hiring rounds or in appointing resource persons. As a leader, you will sooner or later hire the wrong employee. Research indicates that we are affected by various biases that mislead us when deciding who to hire. Read here about 11 different biases and how to avoid them ‘hitting’ you.

However, several biases can play a trick on you and lead to you — even with the best intentions of pointing out the most qualified — not being able to act informed and rational when choosing who to hire or promote.

Table of Contents hide
What is A Bias?
The Halo Effect: “He Knows it All!”
Confirmation Bias: “Isn’t She Like That….”
Equality Bias: “He Reminds Me — He Could Be Nice to Work With”
Conformity Bias: “I Just Mean the Same as You”
Stereotype Bias: “He’s Probably Someone Like That…”
The Contrast Effect: “She Is Good but Not as Good as the Previous One in the Pile…”
The Blindness Bias: “All Those Biases Hit Others, but Not Me…”
Conclusion

What is A Bias?

A bias is, in short, a systematic fallacy. When you are ‘hit’ by a bias, people talk about you being ‘biased.’ This means that your assessments and decisions are influenced by factors that are irrelevant to the situation in question and that you misinterpret the available knowledge, which leads to you getting a distorted picture of reality. It often happens entirely unconsciously and is a natural part of our thinking.

The good news is that you can minimize the risk of hiring or promoting the wrong one when you are aware of these biases. And what biases are there? Let’s have a look at that now.

The Halo Effect: “He Knows it All!”

As the name of this bias suggests, the halo effect describes the human tendency to assume that when a person excels positively in one area, then he or she will also excel positively in other areas. For example, this bias that makes you in an employment situation can be led to think that a well-dressed candidate with a freshly ironed shirt and a nice, well-trimmed hairstyle is structured and punctual in his work. In the same way, this bias can also explain why skilled specialists are sometimes appointed as leaders, even though they do not necessarily have excellent leadership skills.

This bias also comes in a negative variant, called the hay thief effect, which describes a situation where a single negative characteristic or first-hand impression can color our overall assessment to become predominantly negative or to overshadow positive traits. Sometimes it can be about even the smallest things that lead to an immediate irritation that we cannot ignore. For example, we may assess a candidate as incompetent due to a few typos in the application, or we may find a candidate cumbersome because he or she speaks a little slowly.

Whether it is the halo effect or the hay thief effect, the solution is the same: Get on the helicopter and try to see the big picture rather than focusing on individual parts.

Affirmative bias describes our tendency to search for or interpret information in a way that confirms our hypotheses, beliefs, and prejudices, rather than searching for examples or knowledge that disproves our assumptions. Likewise, this bias also explains why we may subconsciously ignore information that is not in line with our assumptions. For example, suppose a leader has predominantly negative perceptions of graduates from a particular educational institution. In that case, this bias can lead the leader to subconsciously search for details in the applicant that can confirm that notion while ignoring conditions that indicate otherwise.

To deal with this bias, you can use the same standardized questions for all job interviews, asking about the candidates’ skills. Then you avoid taking a detour where you will unknowingly ask other questions to selected candidates to confirm your initial position.

Equality Bias: “He Reminds Me — He Could Be Nice to Work With”

Equality bias describes our tendency to ‘connect’ with people who have the same interests, experiences, and backgrounds as ourselves. For example, we all know from experience that a pleasant relationship quickly arises when it dawns on us that we are talking to someone who is a fan of the same football club as ourselves or has attended the same education. Both give the feeling that we have something in common — a similarity.

As human beings, we are lightning fast to differentiate between our ingroup, consisting of like-minded people, and our outgroup, consisting of people who are different from ourselves — and that is precisely what equality bias addresses. Closely related to this bias, we find another bias, called inner circle favoritism, which describes our tendency to give special treatment to people we consider part of our group. These two biases can thus explain the phenomenon that has been popularly called the “Rip-Rap-Rup effect’, which describes the tendency of leaders to hire people who are reminiscent of themselves.

While similarities must not, of course, disqualify a candidate, they must not be a decisive factor at the same time. Therefore, to avoid the above bias unconsciously ‘controlling’ you, you can actively try to relate to what similarities you share with the candidate so that you can distinguish between characteristics that can obscure your assessment and the specific experiences, qualities, and skills that are required to contest the position.

Conformity Bias: “I Just Mean the Same as You”

Conformity bias describes the tendency of people to adapt their behaviors and attitudes so that they are consistent with the behaviors and attitudes of the majority in a group. This bias is critical to be aware of when you have several people on a recruitment committee. Individuals can consciously or unconsciously be influenced by the majority’s opinion of a particular candidate.

Another related bias is called sunflower management. This bias refers to a situation where there is an abnormally high degree of agreement about an opinion from the highest managerial hierarchy. That bias is relevant to keep an eye on when managers, for example, sit on recruitment committees, where employee representatives are also present.

To avoid being hit by these biases, you can take some simple steps. First, after each job interview, you do not evaluate the candidate but instead, write down your attitude towards the candidate individually. Then, when all candidates have been interviewed, tell what you have written down. Of course, the last to make his views known is the highest in the hierarchy.

Stereotype bias describes our tendency to subconsciously let our decisions be governed by our shaped stereotypes such as gender, race, or age. This bias is, for example, at play when some managers are led to think that women fit better into ‘soft’ HR positions while men fit better into ‘hard’ IT and finance roles.

The solution here may be that you make sure that all applications are ‘dazzled’ so that conditions that reveal name, race, and age do not appear. This ensures that you convene interviews solely based on skills and experience rather than personal circumstances.

The Contrast Effect: “She Is Good but Not as Good as the Previous One in the Pile…”

If you have previously been in a hiring process and struggled through many applications or job interviews, you may be able to recognize this particular bias. The contrast effect takes hold when you start comparing the application you have in hand with the one you just read. A more objective approach will instead mean that you hold each candidate’s competencies and experience up against the requirements and wishes of the job description — rather than holding them up against other candidates.

The Blindness Bias: “All Those Biases Hit Others, but Not Me…”

Now you have reached the end of the road in this story — and perhaps you can recognize some of the biases described. But, conversely, you may also think that these biases may well affect the judgment of others while at the same time believing that they do not affect your decision. In that case, you are probably influenced by the blindness bias — a bias that precisely describes the tendency to see bias in the judgment of others but fail to see the same bias affect our decision.

And why can it be that we as humans have a hard time acknowledging our faults and shortcomings? There is a wide range of biases that offer a bid, all of which are about our human tendency to overestimate our competencies. One of these biases is called positive illusions and implies that we have an unrealistically optimistic self-image. It is a form of self-deception in which we try to maintain the narrative of our competent ‘I’ and ward off anything that indicates the opposite.

In summary, it is not enough to know about different biases — you must also be able to recognize your own biases for you to succeed with neutral, well-founded employment, where the most suitable candidate ends up getting the job. 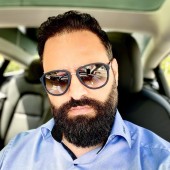 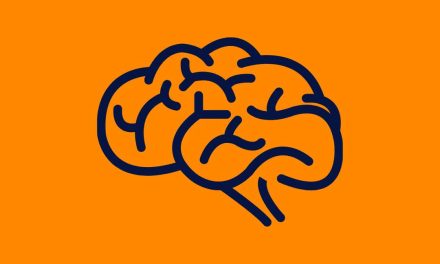 Build a Second Brain in an Easy Way (4 Steps) 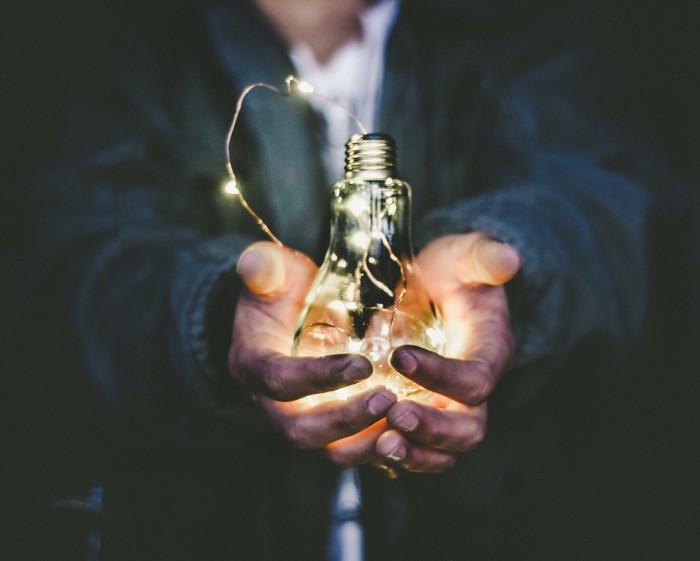 6 Tips on How to Manage an Insecure Employee 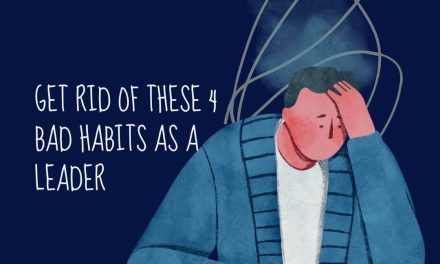 4 Bad Habits Every Leader Should Wave Goodbye To 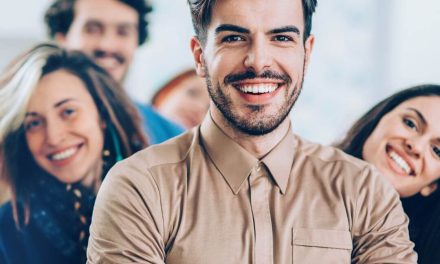